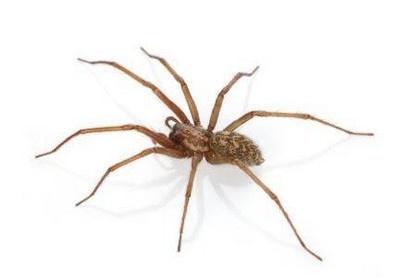 Spiders are generally good to have around, as they help minimize the population of harmful insects. The problem arises, however, when they negatively affect humans. The mere sight of a spider can be a real scare for some people. Aside from that, many spiders do bite humans and are poisonous, so it is a good idea to have a pest control company address your spider infestation.

Several spiders pose a serious threat to humans. The two that are the deadliest to humans in the United States are the Black Widow and the Brown Recluse. Since a few people die each year from the bite of either of these two spiders, it's extremely important for any person who is bitten by one of these spiders to seek treatment immediately. In some cases, hospitalization may be necessary.

The Black Widow spider can be easily recognized because she is black with a red hourglass on the underside of her abdomen. The male is considerably smaller than the female, and he has a body up to half an inch long. The Black Widow typically remains outdoors.

The Brown Recluse spider has a darker brown hourglass on its back. The Brown Recluse loves to be indoors and generally stays out of sight. It may never be seen until you startle it by reaching into a dark spot where it is hiding. Then it will bite.

There are plenty of other spiders in the United States, such as the Grass Spider, Wolf Spider, Hobo Spider, and the Saint Andrew's Cross Spider, just to name a few. These spiders do not have the same strong venom in their bite, but all are painful and treatment may be required.

How to get rid of spiders in your home

If you have noticed spiders in your home, contact a pest management company. They will know the most effective, safest way to eliminate the spider problem, and make recommendations about keeping them away in the future.